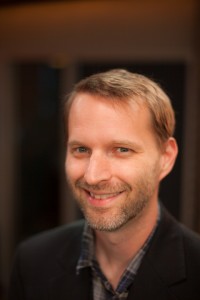 Tom is an award-winning independent tech podcaster and host of regular tech news and information shows. Tom hosts Sword and Laser, a science fiction and fantasy podcast, and book club with Veronica Belmont. He also co-hosts Daily Tech News Show, covering the most important tech issues of the day with the smartest minds in technology.

Tom also hosts Cordkillers with Brian Brushwood, bringing people the news they need to watch the TV shows and movies they want when they want and how they want them. That’s not all! There’s also It’s a Thing with Molly Wood, A Word with Tom Merritt with some of the smartest most interesting people on the planet, and Know A little More. All his shows are listed on the subscription page.

From 2010 until 2013, Tom hosted the award-winning Tech News Today and weekly cord-cutting show Frame Rate on the TWiT network. He created, developed and produced both shows.

From 2004 until 2010 Tom was executive editor for CNET TV at CNET.com. He hosted the daily Buzz Out Loud podcast and a weekly how-to show called The Real Deal. In addition, Tom hosted regular segments on CNET TV like Top 5, How-to, Hacks, and more.

Tom served as executive producer for TechTV’s website until 2004. He started at ZDTV as Producer of The Screen Savers website in 1999.

Tom has run SuBBrilliant.com since 1996. It is a collection of Web experiments including SuBBrilliant News, a parody news blog, and the East Meets West podcast which features Roger Chang.

You’ll also find Tom as a guest or interviewed as an expert on many TV, radio and Internet shows like ABC’s Good Morning America, CBS Radio, NPR, This Week in Tech, The Phileas Club and more.

Tom is @[email protected] on Mastodon

223 Responses to “About Tom Merritt”